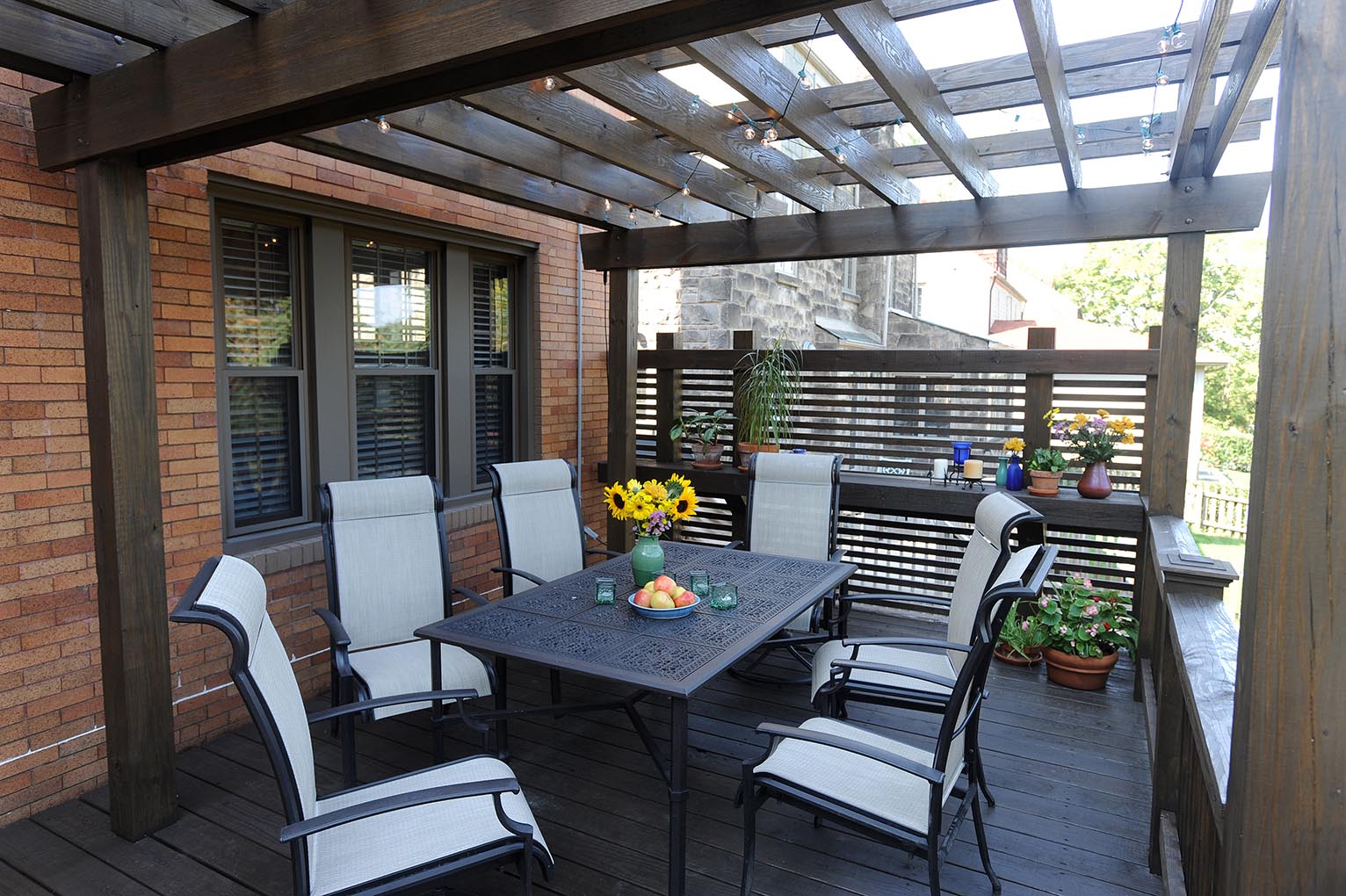 A pergola shelters the dining portion of the new deck. It reduces the apparent height of the existing facade, imparting a comfortable human scale. Beyond, a trellis offers privacy from the neighboring property, and will soon support flowering vines. 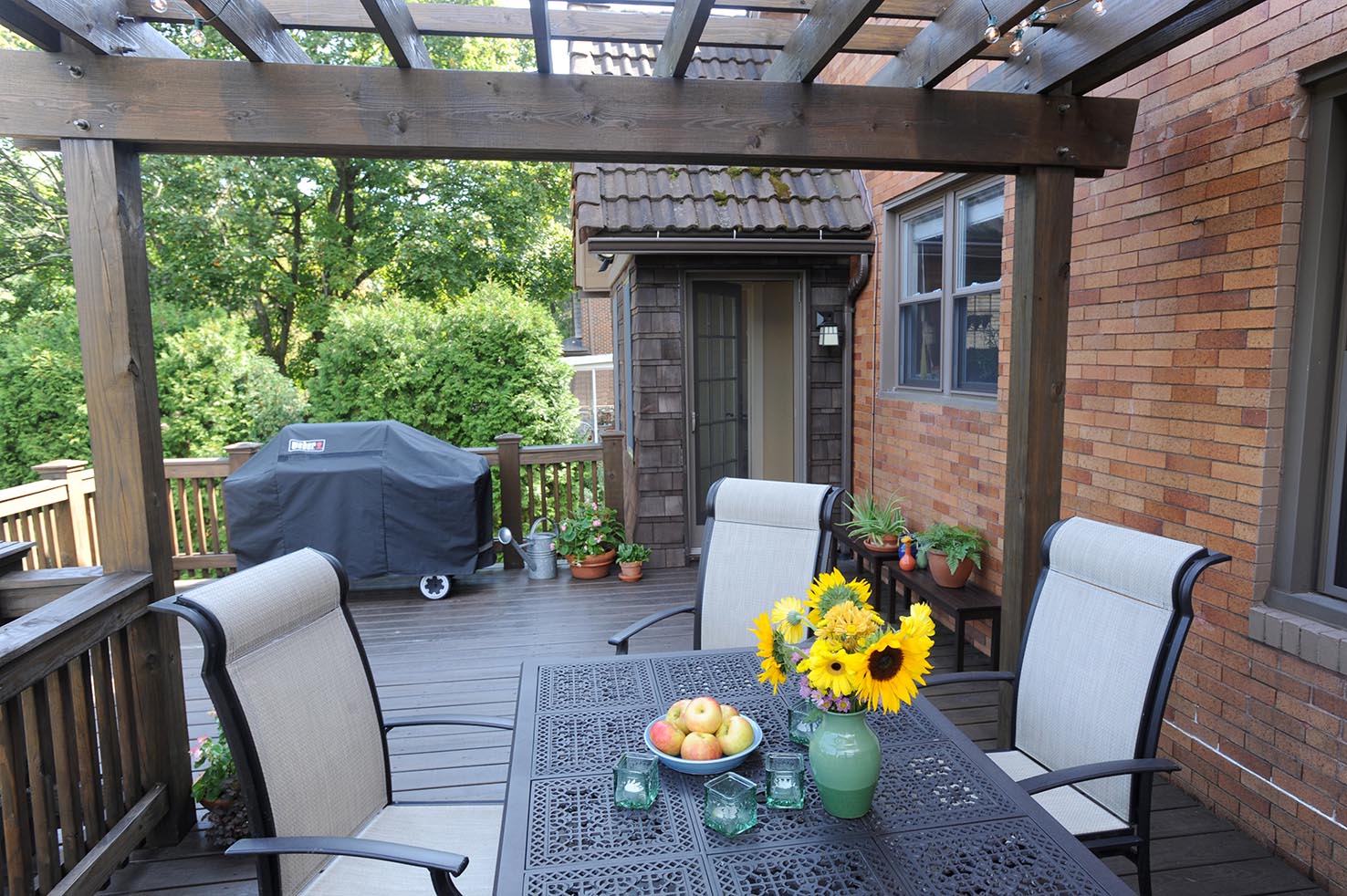 View from under the pergola into the Vestibule beyond. 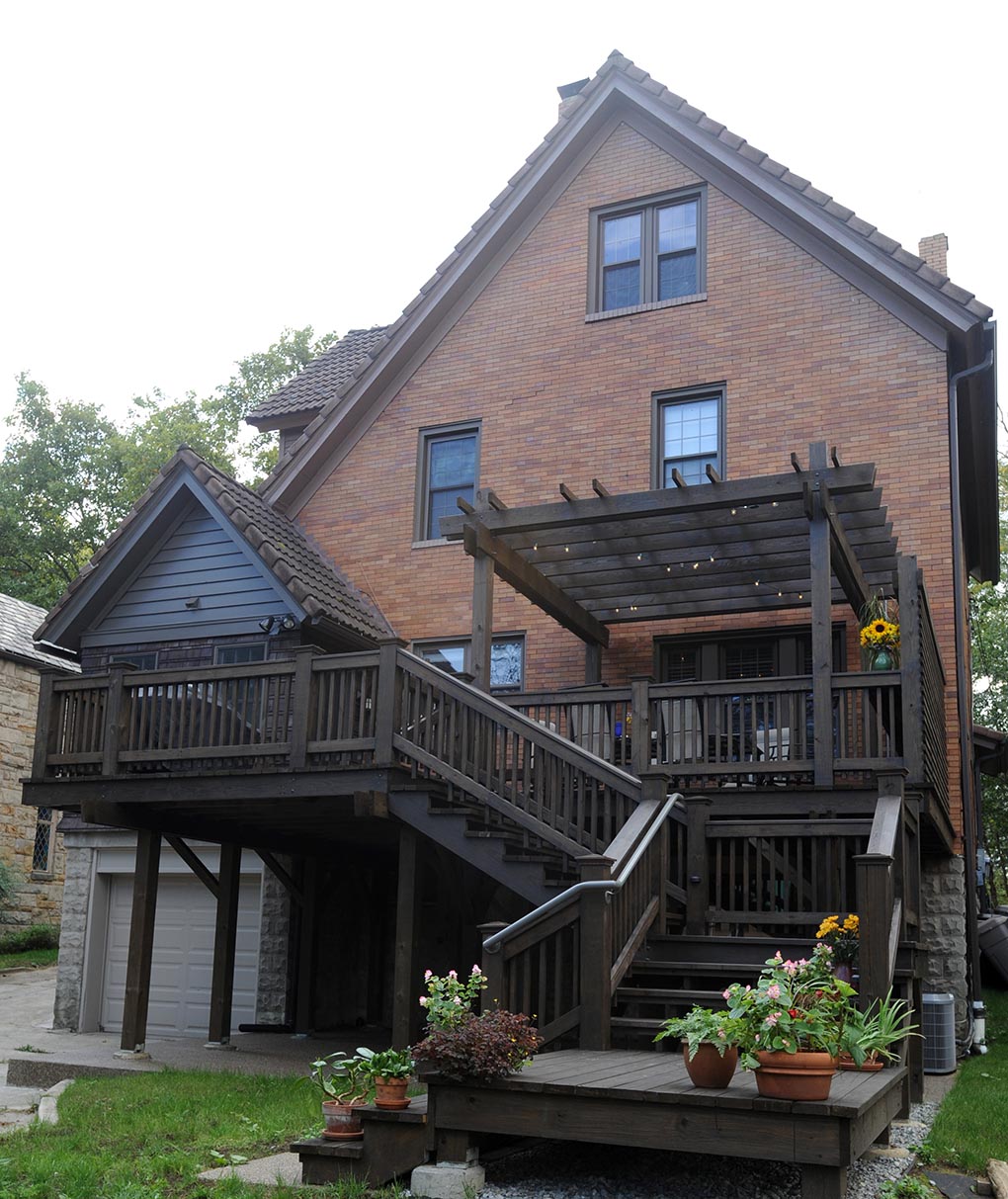 A graciously proportioned stairway flows from the deck to the rear yard, where landscape improvements will soon be underway. 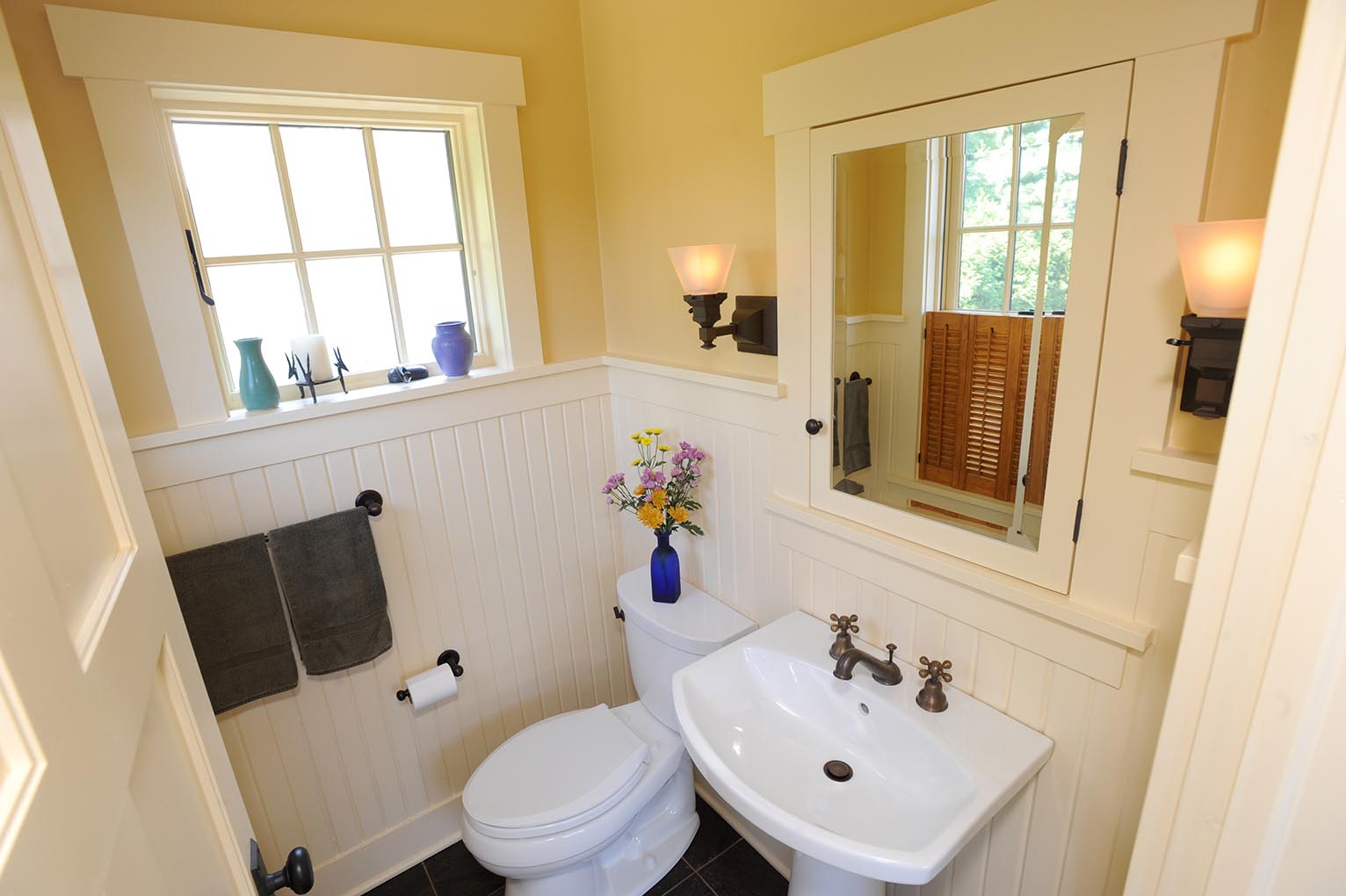 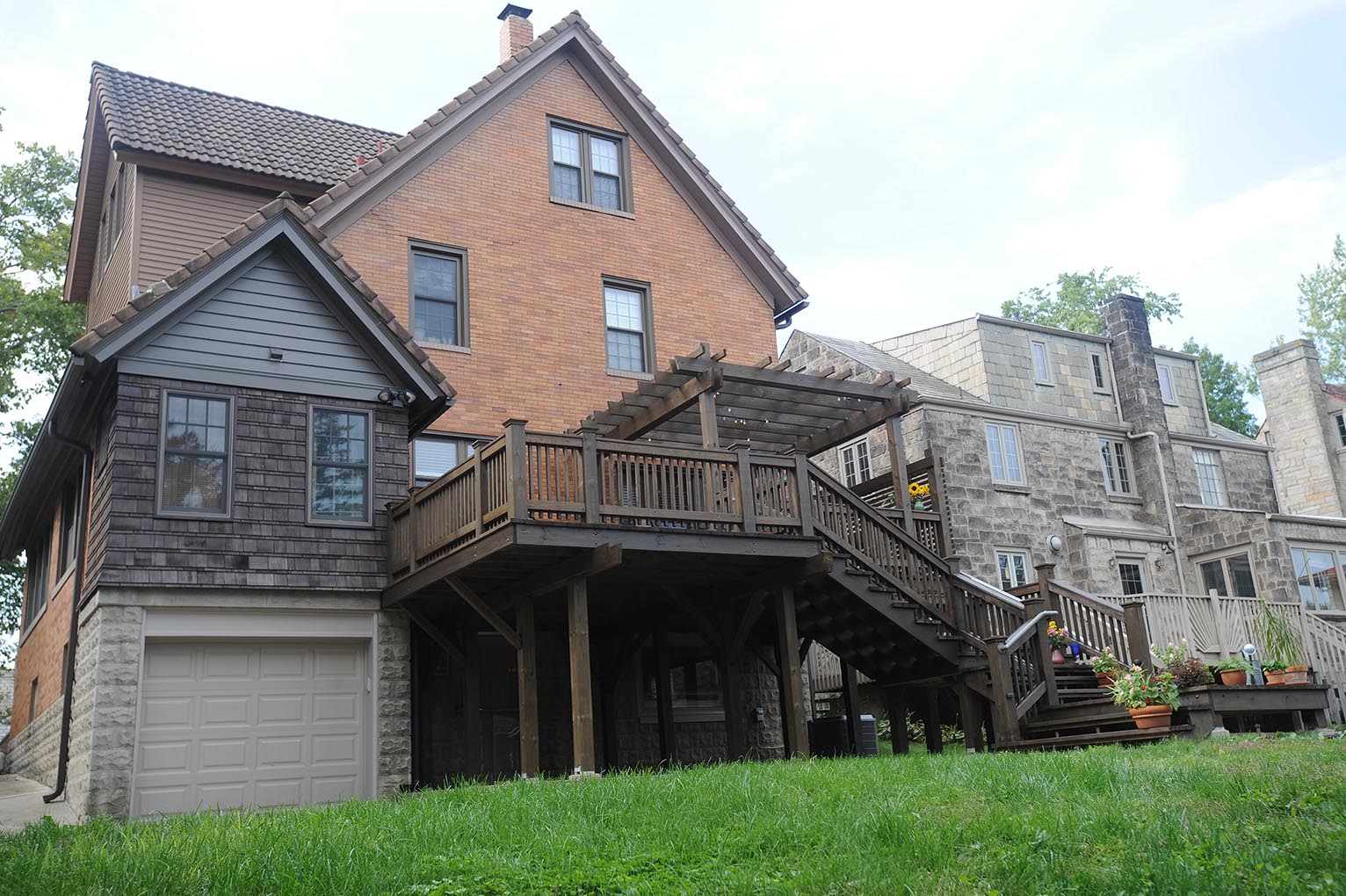 The new deck, with the former rear porch now enclosed as a powder room and vestibule. Ribbon-coursed cedar shingles lend to a tailored appearance and a pronounced horizontal emphasis. The garage door is to be replaced with french doors and sidelites.

The owners of this handsome old residence, located on a quiet, tree lined street, had two main objectives. With two small children and a love of entertaining, their need for a first floor powder room had become intense. They also longed to replace their home’s deck which, in addition to being awkwardly designed, had been neglected by previous owners to the point of being structurally unsound. Most curiously, the deck offered no access to the large rear yard. While cost would be an important factor in addressing these goals, the owners also recognized that respecting the style and character of this fine old home was crucial.

It became evident early in the design process that carving out space for a new powder room from within the existing first floor was impractical. But while the home’s original rear porch was too small to be very useful, enclosing it yielded a space that was just large enough to accommodate a powder room and a small vestibule that serves as a coat area and a buffer to inclement weather.

The existing deck was clearly an afterthought, and its odd layout, crude details, and uncomfortable relationship to the home’s very tall rear facade made it a singularly uninviting space.

The new deck presents a significantly more welcoming impression. An open pergola shelters the dining portion, while also reducing the apparent height of the existing brick facade and imparting a comfortable human scale to the entire composition. Simple carpentry details reflect Craftsman influences found inside the house, and premium-grade treated lumber was specified for its enhanced durability and a handsome, natural appearance. A graciously proportioned stairway flows from the deck to the rear yard, where landscape improvements will soon be underway.

Other planned future improvements include the construction of a detached, 2-car garage at the rear of the property. This, in turn, will allow the existing tandem garage (so narrow that it is essentially unusable) to be converted to an exercise room. The existing garage door will then be replaced with french doors leading out to an intimate patio in place of the present driveway turnaround. A complete renovation of the master suite is also planned, and will feature a separate dressing/sitting area and a spacious master bath. 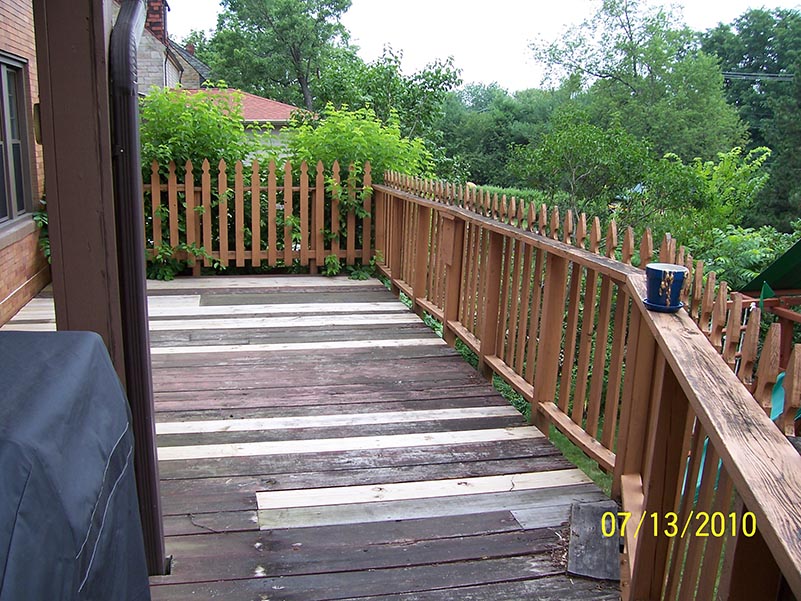 The character of the existing deck was austere, and its detailing crude. 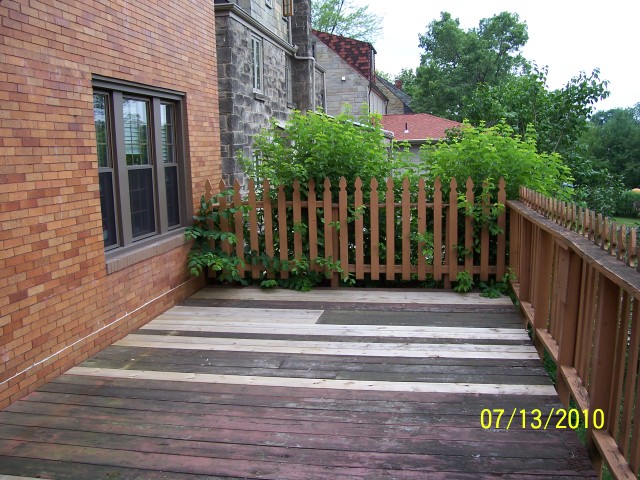 The looming height of the home's rear facade, made for a singularly uninviting space. 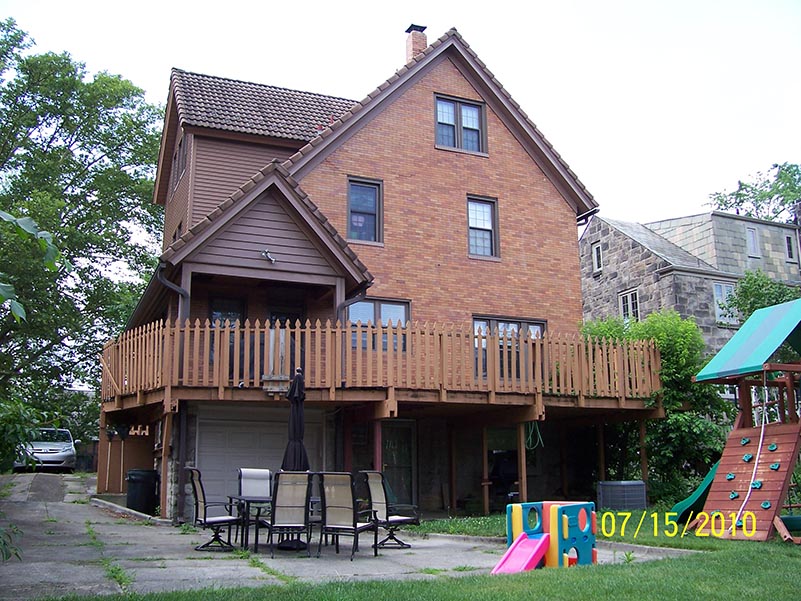 The existing deck was clearly an afterthought, and afforded no access to the rear yard. 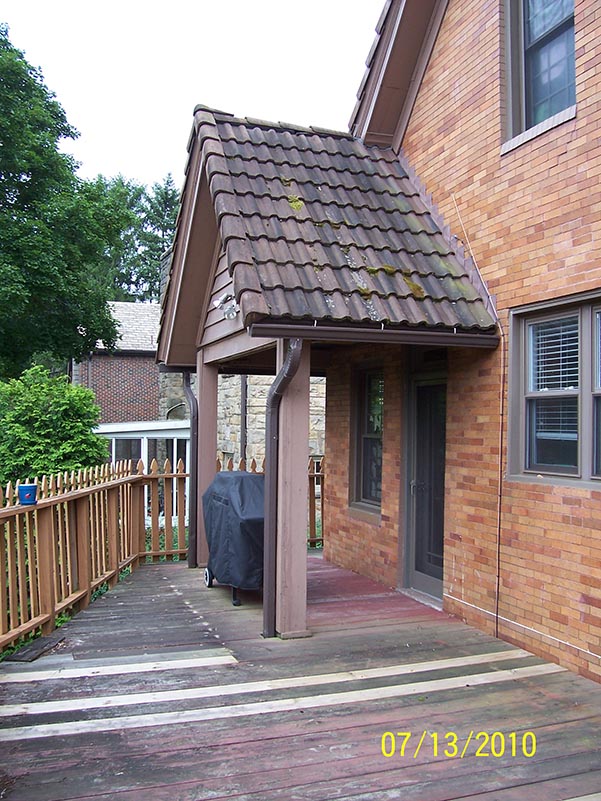 The relationship of the existing deck to the original rear porch was awkward at best.

Let’s talk about
your vision... 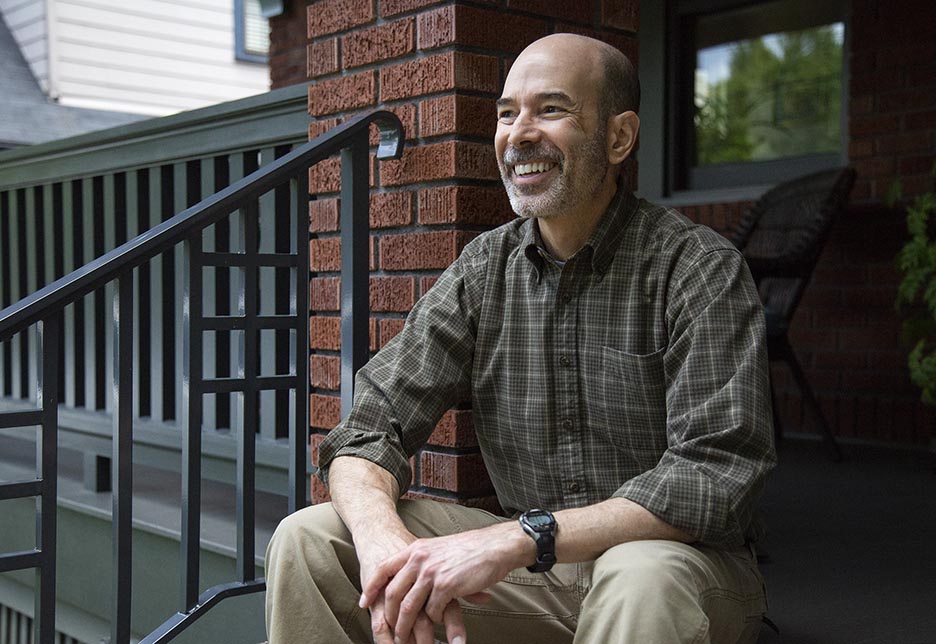